Mark Daly was re-elected in 2016 to the 25th Senate with 184,000 votes, the highest number  of votes received by any candidate in the history of the senate on that panel.

He was elected as one of the youngest members of the 23rd Irish Senate in the 2007 election beating 3 incumbent Party Senators on the first count. Although Mark had never previously contested any elected office, he had been actively involved in community and voluntary affairs and local politics since secondary school.

Before being elected as a Senator, Mark worked on Election Campaigns to the European Parliament for Brian Crowley MEP in 1994. In 1999, 2004, 2009 and 2014 he was part of Brian’s Election Strategy Committee.

At the age of 26, Mark became the Chairman of his local Gaelic Athletic Association, the Kenmare Shamrock Hurling and Gaelic Football club, which was founded in 1886 and is home to All Ireland winning captain Mickey Ned O’Sullivan. On being made Chair Mark led a redevelopment programme which transformed the clubs facilities to include a 32,000 square foot flood lit synthetic grass pitch with a sports complex, a basketball court, gym and dressing rooms.

Mark’s family has a long history of active citizenship. Going back generations his family were involved in the local community, in  the Chamber of Commerce, Tidy Towns and various sports organizations. Mark’s grandfather and great grandfather were both involved in the struggle for independence.

Mark’s mother Eileen is a long-standing activist in the local community, and is descended from generations of O’Connors and O’Sullivans in the Kenmare, Lauragh and Blackwater areas. 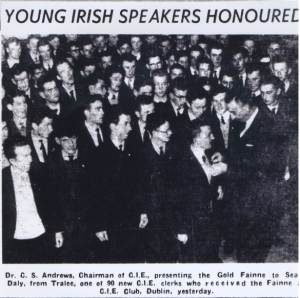 Sean Daly being awarded a Gold Fainne by Todd Andrews, Chairman of CIE.

Marks father Sean Daly is from Tralee, Co. Kerry and is a recognised local athlete, sportsman and a great organiser. 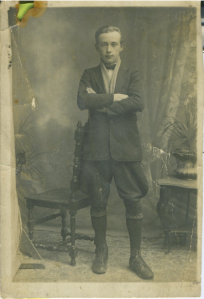 Commandant General Charlie Daly, Mark’s cousin, was one of the 77 executed during the tragic Irish Civil War. He was shot at dawn in Drumboe, Co. Donegal on the 14th March 1923 along with Sean Larkin, Tim O’Sullivan and Daniel Enright.

May Daly unveiling the Monument at Ballyseedy, Co. Kerry

Commandant Charlie’s sister May was always involved in politics in Kerry and ran for election in the 1950s. She is in the picture above, unveiling the Ballyseedy Monument near Tralee, County Kerry . To the left of the photo is  Jim Daly.

The Daly tradition of service in the armed forces continued with Mark’s uncle Austin who was a member of the FCA for many years. In 1989, Mark joined the local FCA Unit in Kenmare.

On Mark’s mother’s side of the family there is a family legend that Mark is related to a General in George Washington Army.

The back story: Born in Somersworth in 1740, John Sullivan was the third son of Irish settlers from County Kerry. His father was a schoolmaster. Sullivan studied law under Samuel Livermore of Portsmouth and opened his own practice in 1763 in Berwick, Maine. He moved his practice to Durham in 1764, where he built a friendship with John Wentworth, the royal governor of New Hampshire.
Wentworth appointed Sullivan a major in the militia, where he eventually sided with the revolutionary cause. As the war neared, George Washington was appointed commander in chief and several others, including Sullivan, were named generals. After the British evacuated Boston in the spring of 1776, Washington sent Sullivan north to replace the fallen John Thomas as commander in Quebec. Sullivan took command of the faltering invasion force, sent some of those forces on an unsuccessful counterattack against the British at Trois-Rivières and withdrew the survivors to Crown Point. This led to the first of several controversies between Congress and Gen. Sullivan, as they sought a scapegoat for the failed invasion of Canada. He was eventually exonerated and promoted to major general in August 1776. He went on to distinguish himself in several battles, before returning to the practice of law in Durham. He was named the state’s attorney general in 1782 and served until 1786. During this same time, he was elected to the state assembly and served as speaker of the house. He led the drive in New Hampshire that ended with the ratification of the U.S. Constitution on June 21, 1788. He was elected president of New Hampshire (now governor) in 1786, 1787 and 1789.

Mark’s mother Eileen is very involved in the community and for decades has been a key part of the Tidy Towns effort and has passed that on to her children and grandchildren, especially Lucy Daly picture below. 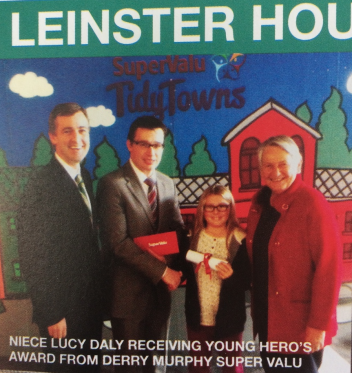 Mark’s mother Eileen (right) is very involved in the community and for decades has been a key member of the local Tidy Towns Committee. She has been a great role model for her grandchildren including Lucy who received the Young Hero’s Award in 2016 for her work in the community. 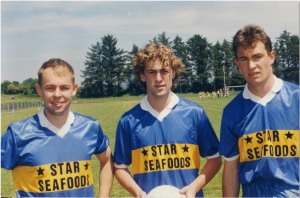 Mark and his brothers

Mark and his brothers John, Conor and sister Elaine are all involved in the community in Kenmare. All brothers played for the local Kenmare Shamrocks Hurling and Gaelic football team.

Leaving the football team behind, Mark has followed in the steps of his family and is now working on helping his area any way he can.

Mark attended local Secondary School Holy Cross College, during which time he led the organisation of the 75th anniversary of the 1916 Rising Celebrations in Kenmare.

Mark also holds a Diploma in Property Valuation from Dublin Institute of Technology and a B.Sc. in Management from Greenwich University, London.

In 2011 he completed a Senior Management Program at Harvard University.

In January 2015 he attended Boston College’s ‘Irish Institute’ and completed a program in Political Leadership: The Parliamentary and Legislative Process.

In the 2016 elections for the 25th Seanad Mark received the highest vote on the Administrative Panel with 184,000 votes and was elected on the first count.

In the 2016 elections for the 25th Seanad, Mark was nominated to contest the Administrative Panel by the following Nominating Bodies:

In the 2011 elections for the 24th Seanad, Mark was nominated to contest the Administrative Panel by the following Nominating Bodies:

In the 24th Seanad Mark was appointed Fianna Fáil Seanad

He was also a member of

Mark worked with Reverend Michael Cavanagh, Chairman of the Thomas F. Meagher Foundation as part of his work on the Group of Commemorations to promote pride and respect for the Irish tricolor flag. 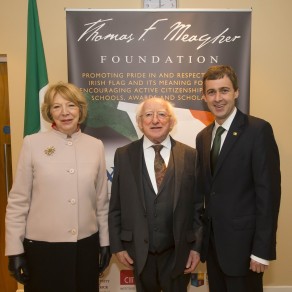 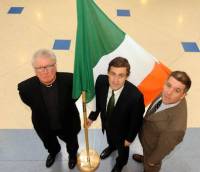 Also as part of his work for the 1916 commemorations Mark worked with landscape designer Diarmuid Gavin to develop the concept of the Gardens of Remembrance which saw the installation of hundreds of gardens around the country featuring a tri-colour, granite replica of the proclamation and seven trees to represent the seven signatories.

The initiative was adopted by communities within every county of the Republic of Ireland. 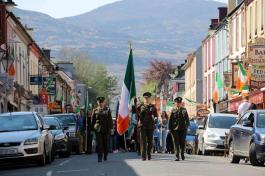 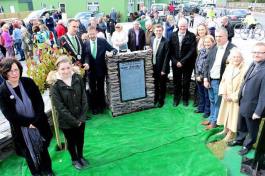 Upon his election to the 23rd Seanad in 2007, Mark served in the following Government positions:

Mark is currently Chairperson of the Ireland America Association, which promotes the strong and enduring links between Ireland and the United States. The Association aims to work on issues of mutual concerns and interest between the nations, with  current concerns including the status of over 50,0000 undocumented Irish living in the United States as the Immigration Reform bill progresses, as well as issues arising across Trade and Commerce. The Ireland America Association recently successfully campaigned to have direct flights restored between Ireland and San Francisco. 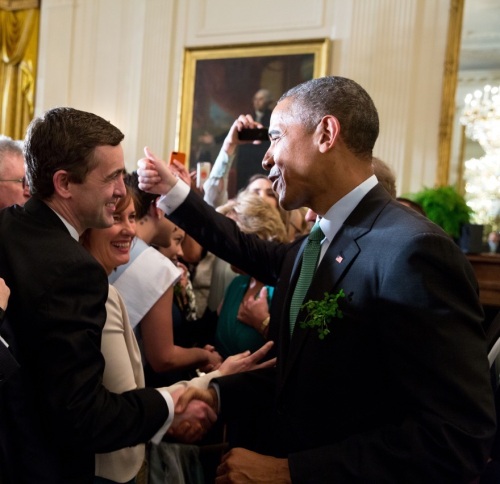 As a Member of the Human Rights Committee, Senator Daly has traveled to Israel with an all-party delegation. The Irish delegates met with members of the Knesset (Israeli parliament), and also visited various NGO’s in the west bank and Jerusalem. While visiting with the mayor of Sderot, Israel, the delegation came under rocket fire from the Gaza strip.

Mark was also the Party’s Representative in a visit to Columbia with then TD and current President of Ireland Michael D Higgins. They met with various NGO, Human Rights groups and the Vice President of Columbia.

As the Party Representative on the Human Rights Committee, Senator Daly was asked to be an Observer on a flotilla to Gaza. In the days leading up to the flotilla, he was assisting the representatives of captured Israeli soldier Gilad Shalit to try secure passage of letters and parcels for the kidnapped solider. Mark and the other Irish observers also called for Gilad Shalit immediate release

First Spokesperson Appointed for the Irish Overseas and the Diaspora

In 2012, Senator Daly was the first person in any Irish political party to be appointed as Spokesperson for the Irish Overseas and the Diaspora. He has since then actively engaged with organisations and groups in countries where there are large Irish communities. As a result of these consultations, Senator Daly produced the first policy paper by a political party dedicated to the issues and concerns of the Irish overseas and the Diaspora.

In 2008, Mark organised the presentation of the battle sword of Brigadier General Thomas F Meagher to Senator Ted Kennedy by Taoiseach Bertie Ahern on the day he made a historic speech to a joint sitting of the US Congress. 45 years previously, Senator Kennedy’s brother, President John F Kennedy, had presented the battle flag of the 69th Regiment of the Irish Brigade which was led by Brigadier-General Meagher to the people of Ireland. 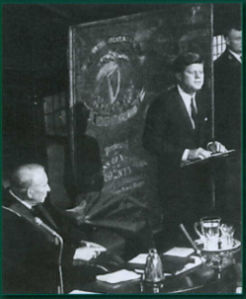 JFK presenting the battle flag of the Irish Brigade to the Irish people.

In 2015, Mark has also played rugby at an international level for Ireland against England in Trinity College. The match consisted of Dáil and Seanad members versus the Lords and MPs of Westminster. Ireland won 27 to 7, making it the 14th win in a row. 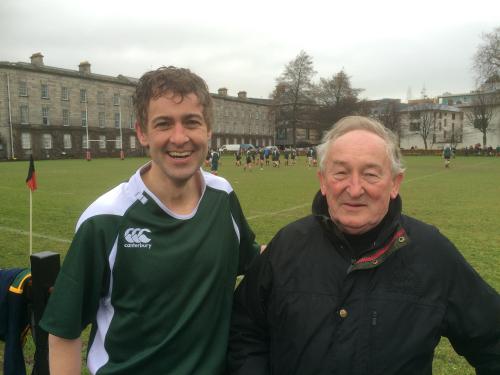