Young people in the North could be ‘groomed into violent activity’ if hard border returns, report claims

A new report warns that a hard border could materialise after six weeks due to a no-deal Brexit. 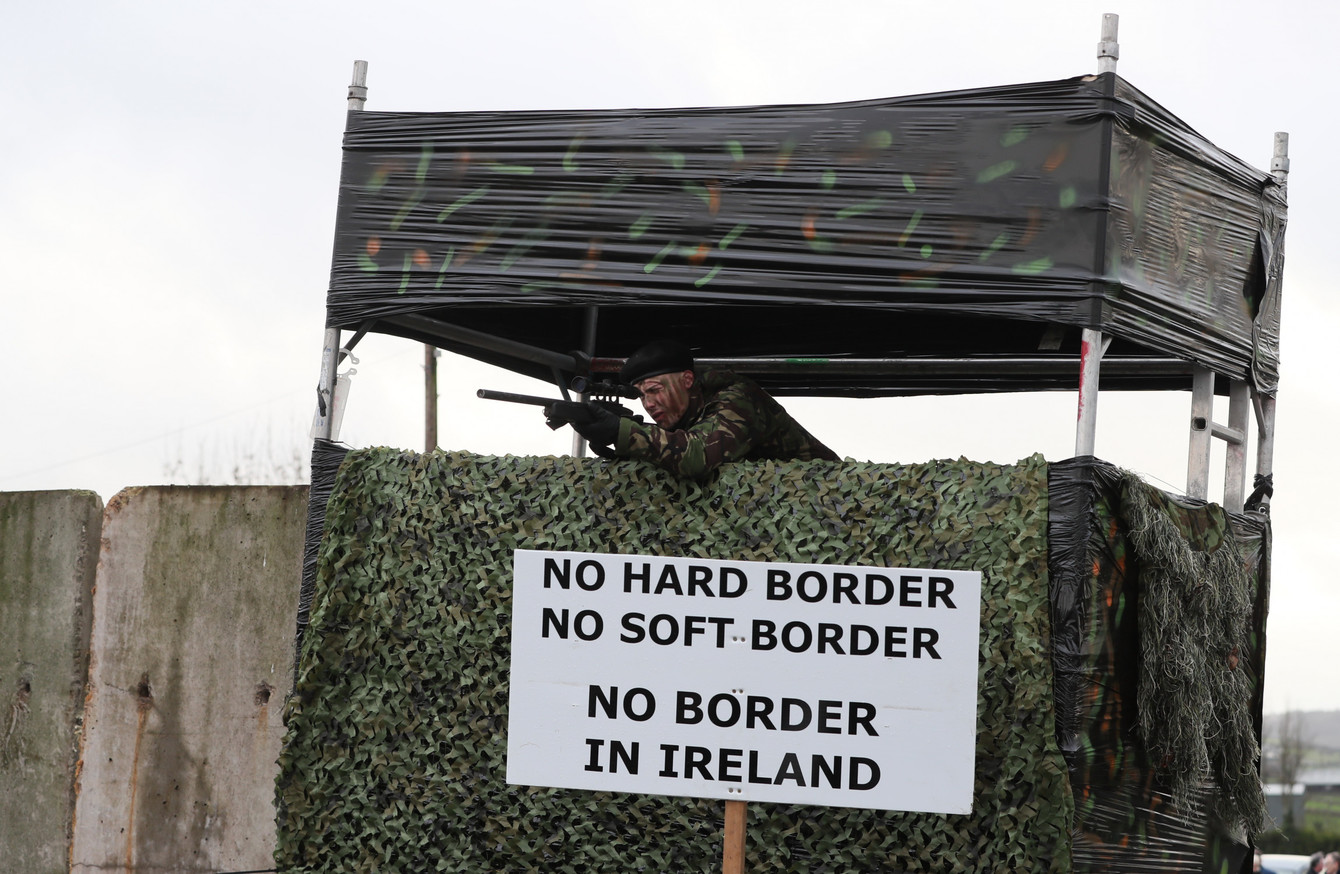 An actor in military fatigues takes part in an anti-Brexit rally at the Irish border near Carrickcarnan, Co Louth.
Image: PA Wire/PA Images 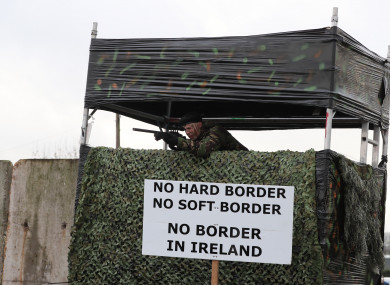 An actor in military fatigues takes part in an anti-Brexit rally at the Irish border near Carrickcarnan, Co Louth.
Image: PA Wire/PA Images

A NEW REPORT has warned that if a hard border emerges after Brexit young people in Northern Ireland could be “groomed into violent activity by dissident republicans”.

The report compiled by chairs of two UNESCO committees warns that young people who are marginalised are more susceptible to be recruited by groups like the New IRA.

“The deconstruction of a border swiftly after its creation could become the absolute raison d’etre for youth becoming engaged in violence,” the report states.

The report warns that in a little as six weeks it is possible that a hard border could materialise due to a no-deal Brexit and without direct efforts to engage youth and citizens of all backgrounds there will be a return to violence.

Authors of the report, Professor Pat Dolan and Professor Mark Brennan, also warn that if “a rushed and ill-timed” referendum for United Ireland – which Sinn Féin has repeatedly advocated for – is held after the UK’s withdrawal from the EU, it too could result in conflict.

For youth from a loyalist background again who for whatever reason are marginalised (economically or socially) they may be recruited by dissident loyalist paramilitaries to engage in violent protest.

“The only question in both scenarios will be the scale of the violence,” the report said.

The report claims that the generation of people born after the Good Friday Agreement – the ‘Agreement Generation’ –  has no memory of the “horrors” of the Troubles, a key problem according to the report’s authors.

“It is not unusual that in post-conflict situations such as Northern Ireland, the immediate generation find it very difficult to discuss with the following generation (and in particular their offspring) the horrors of war and what happened to loved ones and, in this case, what is termed the ‘period of the troubles’,” the report said.

For some, it is still too fresh to discuss and many are probably still suffering with personal trauma from the many horrific acts of violence they witnessed that are still strong in their memory.

It added that while there may be a proportion of the population who are not sharing their experiences of the Troubles, there may also be those for whom what happened is unfinished and they in turn potentially could incite youth.

“This leads to an unforeseen risk in that youth falsely bias and romanticise past local history and minimise the human harm sorrow and grief that violence has caused to their fellow beings and neighbours.”

In an interview with TheJournal.ie, a former commander of the Real IRA said that life around the border would change “dramatically” in the short-term in the event of a hard Brexit.

He warned that resurgent armed republican groups would stage a massive recruitment drive if there was a hard border.

Security analyst and former Defence Forces officer Tom Clonan, who served at the border during The Troubles, argues that basic infrastructure like a camera on a mast would be attacked and removed.

The report carried out in conjunction with Fianna Fáil Senator Mark Daly, has warned that a return to violence would result in the increase in security costs and in prison numbers.

The report claims that a critical part of preventing violent extremism is to be found in community-level leadership, “which can counteract the emergence of extremism by providing a space for interaction between those of different traditions”.

However, in some areas in Northern Ireland, those community leaders are the ones who are involved in the radicalisation of the youth, an issue that has to be tackled as a matter of urgency.

Another recommendation is the development of youth-driven anti-extremism and anti-violence media campaigns, “to proactively prevent the emergence of violence both in a Brexit and possible referendum environment”.

“Acting together to facilitate peace and stability does not take away or diminish any tradition, culture, belief or background. This only helps to create something new that is more dynamic, adaptive, inclusive and far removed from politics, ideology, and the baggage of history,” the study concluded.

Comments Off on Young people in the North could be ‘groomed into violent activity’ if hard border returns, report claims