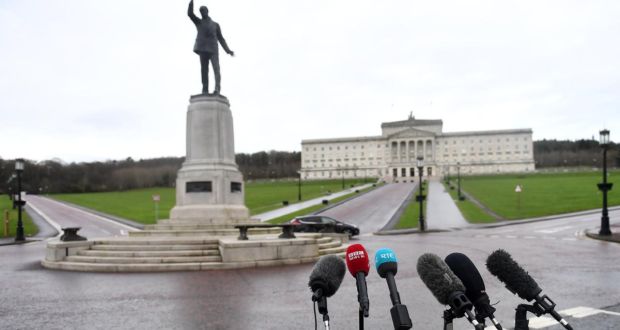 Young people in Northern Ireland have less interaction with others of different race, religion and age: “This environment is ripe for fostering extreme beliefs, actions and violence.” Photograph: Clodagh Kilcoyne

Young people in Northern Ireland live in more segregated communities with less diversity than previous generations, a report on the potential reunification of Ireland after Brexit has said.

The report, from two academics who work with Unesco – the United Nations Educational, Scientific and Cultural Organisation – and a Fianna Fáil Senator also says greater integration in schooling, housing and employment is needed in Northern Ireland.

Senator Mark Daly, Prof Pat Dolan and Prof Mark Brennan argue in the report that the return of a hard border or a “rush” to a hastily arranged referendum on Irish unity would lead to a return of violence.

“All indications are that without direct efforts to engage youth and citizens of all backgrounds, there will also be a return to violence in the event of a rushed Border poll on the island of Ireland,” the report says. “The only question in both scenarios will be the scale of the violence.”

Disadvantage in loyalist and republican communities needs to be tackled, it adds.

A special investigation on Brexit & the Border

Prof Dolan and Prof Brennan say greater integration on a number of fronts is needed in anticipation of a future referendum on unity.

“Programme and policymakers need to establish a basis for cross-society interaction, integrated schooling, and integrated existences (housing, work, and other settings),” they say.

“It is only through this sort of interaction, communication and experience sharing that all sides realise common, general needs as well as the fact that they have nothing to fear from the ‘other’ side.”

The report says that, at present, young people in Northern Ireland have less communication and interaction with others of different race, religion and age.

“This environment is ripe for fostering extreme beliefs, actions and violence. Programme and policymakers need to better facilitate cross-community communication and interaction between these segregated localities,” the report adds.

“Interaction is needed among not only the traditional Protestant-Catholic divide, but also with other groups such as immigrants, refugees and others. All have similar common general needs.

“We are at a point in history where the road diverges in one direction to conflict and in the other a more stable, civil society.”

Comments Off on Segregation growing in North, report on reunification issues finds