The performance will take place in tandem with the Artane Band. 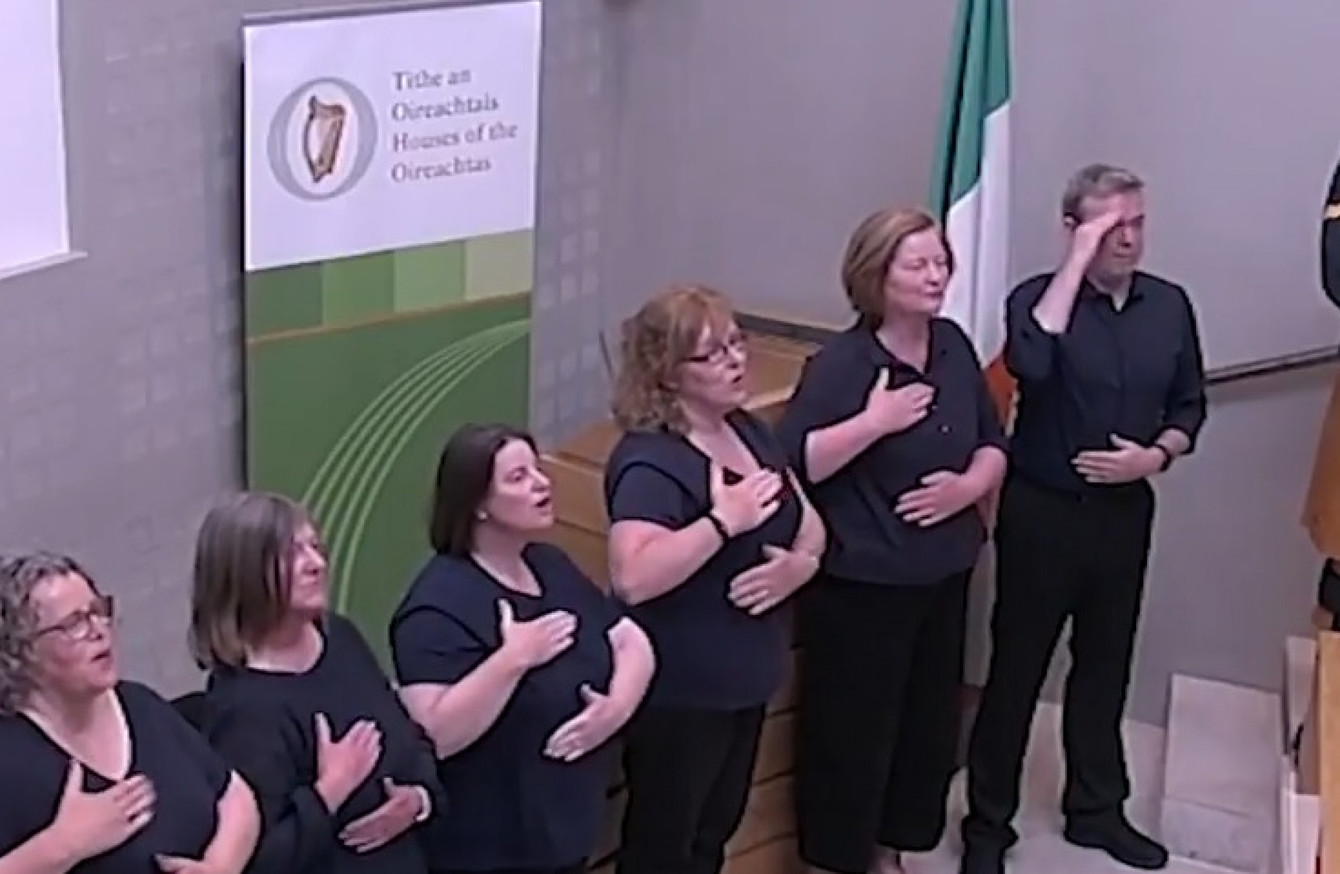 First performance of the ISL of the National Anthem last month

First performance of the ISL of the National Anthem last month

THE FIRST PERFORMANCE of the new Irish Sign Language version of the National Anthem will be performed at today’s All-Ireland hurling final.

The performance will take place in tandem with the Artane Band who will be playing Amhrán na bhFiann before the Galway and Limerick game.

The Irish Sign Language version of the National Anthem was first performed in public last month when a report on protocols surrounding the national anthem was launched by the Seanad Public Consultation Committee.

Source: TheJournal.ie/YouTubeSenator Mark Daly, who put forward the Irish Sign Language Recognition Bill through the Dáil and Seanad last year, said today’s performance at the All Ireland Hurling Final is a milestone for the 50,000 members of the Irish Deaf community.

“This is a major step in the right direction for the Irish deaf community,” said Daly.

Our National Anthem should be inclusive, not inclusive, and having an ISL version that can be used at public occasions ensures the equal treatment of our fellow citizens who are deaf or hearing impaired.

“For far too long, our deaf community were pushed to the side-lines of major public occasions,” he added, stating that today’s performance of an ISL version of Amhrán na bhFiann “begins to right this wrong”.

“I really do hope that other sporting and public bodies make use of this newly available Irish Sign Language version of Amhrán na bhFiann. Ireland is an inclusive, welcoming and positive country and this weekend’s All Ireland Final will bring that home even more to our deaf citizens,” said Daly.