Senator Mark Daly today called for Urgent action by Taoiseach and the government in the case of Ibrahim Halawa an Irish citizen who is in Jail in Egypt who could face execution
Senator Daly has submitted a motion to the Foreign Affairs committee call on the Taoiseach to intervene in the case and communicate with the Egyptian President
As a  member of the Foreign Affairs committee Senator Mark Daly is calling for the Taoiseach and the government to intercede with the Egyptian President and seek the release.  Ibrahim Halawa, Is an Irish national and was a juvenile of 17 at the time of his arrest. The motion on the Ibrahim Halawa issue will be discussed at the Foreign Affairs committee meeting on Wednesday
Talk is cheap’ said Senator Daly ‘and visits by Irish officials to the prisons is activity masquerading as action, what this Irish citizen needs is the Taoiseachs government intervention and action. Other countries have managed to get their citizens released after government intervention including Australia”
The governments lacks urgency, recently it has been the case that Foreign Defendants are eligible for deportation to their home countries why has our government failed to pursue this route? Amnesty international report into the Halawa case has shown he is innocent of all charges and should be released ‘ said Senator Daly who is the Fianna Fail Spokesperson for the Irish Overseas and the Diaspora 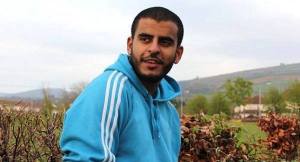 There are new fears for an Irish teenager imprisoned in Egypt after the first execution of a pro-Morsi protester.

Ibrahim Halawa from Dublin was arrested when violence erupted after the overthrow of President Mohammed Morsi in 2013.

He was 17 at the time and claims he was hiding from gunfire at a mosque in Cairo.

He has been held for more than a year and a half without trial, alongside hundreds of others.

Over the weekend Mahmoud Ramadan was the first prisoner to be executed and Senator Mark Daly says the Taoiseach needs to intervene.

Senator Daly said: “The Irish government need to do more, they have not been actively engaged with the President’s office in Egypt and the Taoiseach needs to get involved.

“The Australian Prime Minister, Tony Abbott, got involved in relation to an Australian citizen and successfully intervened to get their citizen released.

“The Taoiseach needs to pick up the phone, ring the President of Egypt and ask for the return of this Irish citizen.”

Senator Mark Daly today called for urgent action by the government in the case of Ibrahim Halawa, an Irish citizen in jail in Egypt who could face execution following a court case later this month. This weekend saw the first execution of a prisoner convicted by the Egyptian courts following the overthrow of the government 2 years ago.

As a  member of the Foreign Affairs committee Senator Mark Daly is calling for the government to intercede with the Egyptian President and seek the release Ibrahim Halawa, an Irish national, a juvenile of 17 at the time of his arrest.

A motion requesting the Egyptian ambassador to meet with the foreign affairs committee to discuss the Halawa case will be discussed this week. The motion on the Ibrahim Halawa issue will be discussed at the Foreign Affairs committee meeting on Wednesday.The senator is also seeking the Taoiseach to request of the Egyptian President allow Ibrahim to return to Ireland and his studies

“The Government lacks urgency, recently it has been the case that Foreign Defendants are eligible for deportation to their home countries, why has out government failed to pursue this route? Amnesty international report into the Halawa case has shown he is innocent of all charges and should be released” said Senator Daly who is Fianna Fail Spokesperson for the Irish Overseas and Diaspora.

KENMARE Fianna Fáil senator Mark Daly charged this week that life-or-death 999 calls made in Kerry are taking two to three times longer to be responded to than the target time recommended by the HSE.

Daly says that every day in Kerry a critically-ill patent could be left waiting up to an hour for an ambulance, adding that “we’re facing a rreal crisis in ambulance service.”

“The decision to remove the 2nd emergency ambulance is resulting in people dying unnecessarily. It also means that those who have strokes and heart attacks are not getting treatment immediately, therefore stay longer in hospitals and need more help in recovery and more care in the long term which is costing more in the long run.

“People have a right to expect that they will receive a safe and timely response in the event of life-threatening emergencies,” he added.

Fianna Fáil Senator Mark Daly has said that poor ambulance response times in Kerry are putting patients’ lives at risk. Senator Daly made the comments after figures released by the HSE reveal that ambulances dispatched to life threatening 999 calls in Kerry regularly fail to meet the HIQA response time standards of arriving on scene in less than 19 minutes.

Senator Daly commented, “Figures recently released by the HSE show that the National Ambulance Service is regularly failing to meet the response times as set out by HIQA. According to the HSE less than 60% of ambulances dispatched to a life-threatening 999 call in Kerry reach their destination within the 19 minute response time target as required by HIQA. It has been acknowledged by HIQA that an ambulance needs to be on the scene of a 999 call in under 19 minutes to ensure that the patients has the best possible outcome.

“Research shows us that delays in getting patients who are suffering from a life threatening illness to hospital put them at a far higher risk of dying or having serious long term complications. The fact that just over half of ambulances manage to reach their destinations within the response time set out by HIQA shows us that we have a serious problem with the provision of emergency ambulance care in Kerry. In some cases patients have been left waiting for up to an hour before an ambulance arrives on the scene.

“The removal of ambulance services from Millstreet and Killarney has undoubtedly had an impact on response times. Prior to the withdrawal of services in these areas many community stakeholders, including myself, argued that patients would suffer due to funding cutbacks. These figures clearly show that our worst fears are being realised and it is undoubtedly the case that the removal of services is leading to an increase in fatalities.

“The government needs to recognise that withdrawing ambulances and cutting back on services is harming patients and will lead to an increase in long term complications. The ambulance services that have been removed to date must be reinstated. The government must also allocate adequate funding to ensure that all ambulances reach their destinations in less than 19 minutes as required by HIQA. Patients must be given the best possible chance of overcoming a life threatening emergency” said Senator Daly.