Work will continue on Immigration Reform which will effect the 50,000 Undocumented Irish currently in the United States 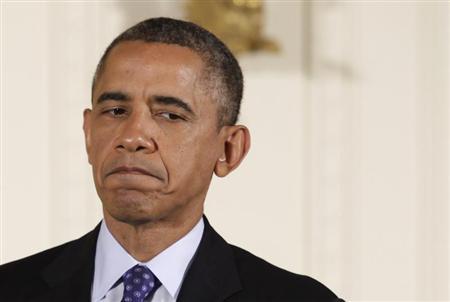 President Barack Obama said on Tuesday that stalled immigration reform would be a top priority once the fiscal crisis has been resolved.

“Once that’s done, you know, the day after, I’m going to be pushing to say, call a vote on immigration reform,” he told the Los Angeles affiliate of Spanish-language television network Univision.

The president’s domestic agenda has been sidetracked in his second term by one problem after another. As he coped with the revelation of domestic surveillance programs, chemical weapons in Syria, and a fiscal battle that has shut down the U.S. government and threatens a debt default, immigration has been relegated to the back burner.

But Obama, who won re-election with overwhelming Hispanic backing, had hoped to make reforms easing the plight of the 11 million immigrants who are in the United States illegally.

In June, the Senate passed an immigration overhaul, but House of Representatives Republicans are divided over the granting of legal status to those in the country illegally, a step many see as rewarding lawbreakers.

Although the president had sought comprehensive reform, he said last month he would be open to the House taking a piece-by-piece approach if that would get the job done.

Obama on Tuesday blamed House Speaker John Boehner for preventing immigration from coming up for a vote.

“We had a very strong Democratic and Republican vote in the Senate,” he said. “The only thing right now that’s holding it back is, again, Speaker Boehner not willing to call the bill on the floor of the House of Representatives.”

Boehner said the sweeping Senate bill would not pass the House and has said the lower chamber would tackle the issue in smaller sections that would include stricter provisions on border protection.

Comments Off on Immigration Reform