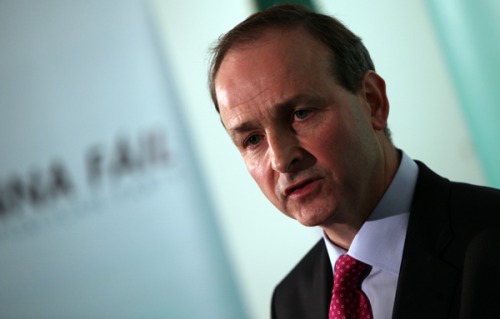 Fianna Fáil leader Micheál Martin has come out in favour of a recall of the Dáil in a bid to repeal controversial organ donor legislation.Mr Martin publicly backed moves by Senator Mark Daly to change the law after it was suggested Fianna Fáil may not be united on the issue.

Mr Daly received the necessary backing of a third of the upper house to enable it to be brought back from its summer recess for one day next week to debate organ donor rules.

Fianna Fáil health spokesman Billy Kelleher is also pushing for the Dáil to be recalled, as this would be needed to repeal the legislation. However, Mr Kelleher admits that is an uphill task as it requires the backing of a third of the Dáil — 56 deputies — by midnight tonight.

Mr Daly has attacked Health Minister James Reilly for signing an EU directive regarding organ donation into Irish law without it being debated in either house of the Oireachtas.  Mr Daly says the law as it stands is flawed, a view backed by the Irish Kidney Association.

Mr Daly says speed is needed in order to repeal after its first anniversary on August 27.
Health Minister of State Alex White strongly endorsed the EU directive. “There is absolutely no reason to annul this Statutory Instrument”, the minister said. “Apart from putting Ireland in conflict with European legislation, such an approach would remove the statutory basis for vital aspects of a quality system for an organ donation and transplantation service, thus exposing the citizens of our country to unnecessary dangers,” he said.

Be part of the Conversation! Tweet @SenatorMarkDaly to follow our progress on recalling the #Seanad and Dail Eireann to debate & annul this flawed legislation, and stay up to date on Mark’s work for Organ Donation and Transplantation in Ireland here. The Seanad will be recalled from recess next Tuesday, 20th August.